The Porziuncola (Italian) also called Portiuncula (in Latin) is translated Little Portion in English. It is a very small Catholic Church now preserved within the Papal Basilica of Saint Mary of the Angels (Santa Maria degli Angeli) situated about 2.5 miles from Assisi, in central Italy. It is the place from where the Franciscan movement started. After being rebuilt by St. Francis of Assisi, the Little Portion became the early meeting place of St. Francis and his early followers. It is also the place where St. Francis chose to die. Considering the importance of this church and the importance St. Francis gave to everything, including ourselves, as being little compared to God, the members of Little Portion Fraternity of Secular Franciscans chose Little Portion for the name of their fraternity, hoping to constantly remind themselves of the importance of being little ones.

Those interested in exploring the possibility of becoming a Secular Franciscan are invited to email Mary Mead (marymead39@gmail.com) or call her at 918-457-7409.

Where and When do we meet?

Occasionally, the fraternity meets in Arkansas to accommodate members who live in Arkansas.
When: The 1st Saturday of each month, beginning at 9 A.M., with first-Saturday Mass and rosary.

How to Become a Secular Franciscan
“They have been made living members of the Church in Baptism; … Therefore, they should go forth as witnesses and instruments of her mission among all people Proclaiming Christ by their life and words.”
Is God Calling You to the Secular Franciscan Order?
The process of becoming a professed Secular Franciscan is a journey that involves three separate stages and culminates in a lifelong commitment to live the gospel following the example of St. Francis of Assisi. This formation process unfolds in regularly scheduled formation sessions during which the home study material is thoroughly discussed.
The first stage, Orientation, provides time for dialogue and developing relationships in a fraternity. During Orientation, you will be introduced to the lives of St. Francis and St. Clare and share in Franciscan prayer life. You will be given general information about the Secular Franciscan Order. Orientation is a time to discern if the Spirit is calling you to a Secular Franciscan vocation. The period of Orientation is a minimum of three months.
The second stage, Inquiry, is the first formal period of initiation. It is a time of in-depth study of the lives of St. Francis and St. Clare. During Inquiry you will learn about the Franciscan Charism and Franciscan history. You will deepen your understanding of what it means to be secular and Franciscan, and you will continue to discern if the Spirit is calling you to the Secular Franciscan way of life. The period of Inquiry is a minimum of six months. If a vocation is discerned, the Inquirer is received into the Order.
The third stage, Candidacy, is the final formal period of initiation. It is a time of preparing for a permanent commitment by immersion into fraternity life. Central to this stage of formation is Article 4 of The Rule of the Secular Franciscan Order which states, “The rule and life of the Secular Franciscan is this: to observe the gospel of our Lord Jesus Christ by following Saint Francis of Assisi, who made Christ the inspiration and the center of his life with God and people.” The period of Candidacy is a minimum of eighteen months and culminates in a permanent commitment to the gospel life.
After profession of the Rule and permanent commitment to the gospel way of life, the newly professed member joins the rest of the fraternity in ongoing formation. 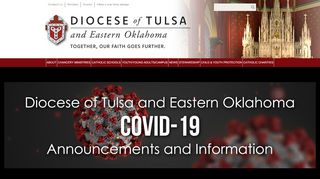 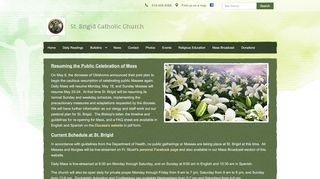 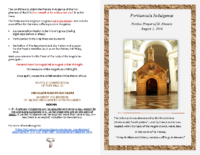 It is our policy to respond to any infringement notices and take appropriate actions under the Digital Millennium Copyright Act (“DMCA”) and other applicable intellectual property laws. We are in full compliance with 17 U.S.C. §512 and the Digital Millennium Copyright Act (“DMCA”).
If you notice that your copyrighted material has been posted on our website and you want this material removed, you must write to us and provide the following information.

The following elements must be included in your copyright infringement claim:
1. You must identify in sufficient detail that the copyrighted work claimed to have been infringed including a URL where it is shown on our website.
2. A statement that the complaining party has a good faith belief that use of the material in the manner complained of is not authorized by the copyright owner, its agent, or the law.
3. A statement that the information in the notification is accurate and, under penalty of perjury, that the complaining party is authorized to act on behalf of the owner of an exclusive right that is allegedly infringed.

Please allow up to 5 business days for us to respond to your claim.
You may send your DMCA request to this email address: postmaster@sfojuandepadilla.org